Do Your Ears Hang Low? 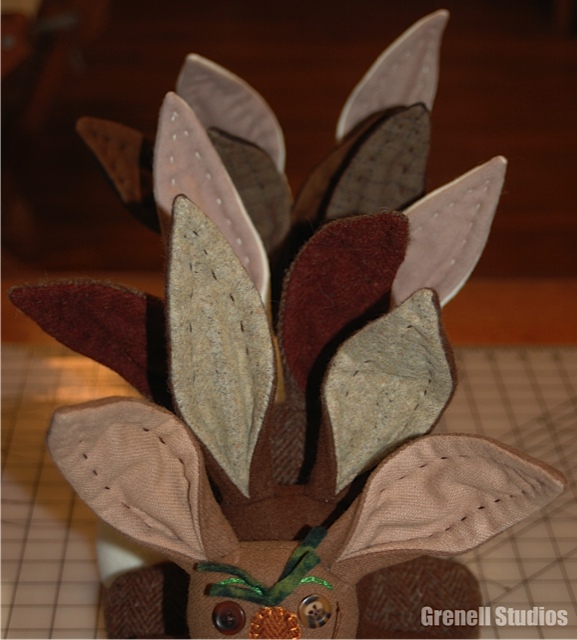 
Wishing Everyone a Happy Easter! 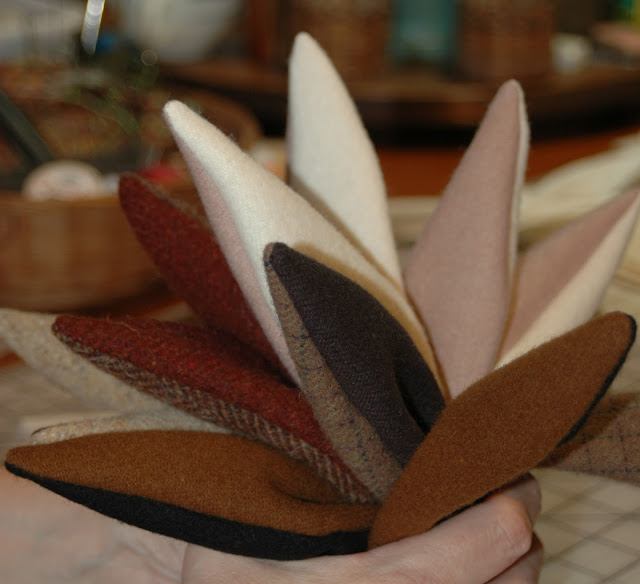 Or maybe the title of this post should be, “Three looms and counting...”

I own six and one-half looms. (I will explain the one half loom later). I do not keep all of them threaded, (the technical term is warped). Usually there are only two warped at a time.

I had been concentrating more lately on my dolls so I decided to take a break and get all of my looms or most of them warped for different projects. I wanted to be able to weave a few projects along with working on my dolls. The best way to do that is to keep them warped with enough yardage to make a lot of pieces.  I can then work on which ever loom I need to.

I had promised in a previous post to introduce you to each loom, the type of weaving I like to do, and what each loom is set up for. So lets get started.

The first loom I will show you is the last one that I acquired. Looms just seem to find weavers. They cannot stop collecting them, even when it is not possible for one person to keep all of them working at the same time, or have enough room for them. This loom came to me through a friend of a family member who wanted to sell their mother’s loom. It is called a Baby Wolf™ and is made by Schacht. It is a small loom but great for pattern weaving. I have it threaded with an overshot pattern called the Snail’s Trail and Cat’s Paw.

This is the type of weaving I like the most.  It is like magic watching the pattern appear with each shot of the shuttle. I am making table runners on this loom. The warp, (the threads which are threaded through the loom), is organic cotton and the weft threads, (the ones woven in), are cotton and the pattern thread is wool.

The next loom is a Harrisville. It is the first loom I owned when I was a teenager. I have it threaded for table runners also, but I am using cloth strips for the weft. The warp is a combination of pearl cotton and carpet warp. This loom will pass onto my daughter one day per her request along with teaching her how to weave on it.

The Cranbrook is one of my larger looms. It can weave up to 60” in width and is used mainly for making rugs because of its strong structure. This is a special loom, which I acquired from Toshiko Takaezu, a famous potter. Nurse Pog and I made a trip to New Jersey to pick this loom up and meet Toshiko. Getting to see her pottery and studio was an incredible moment for both of us! She had this loom many years ago when she was at Cranbrook School of Art and was friends with Lenore Tawney.  I have this loom threaded with carpet warp and am making the “Shaggy rugs”, one of which you saw on a previous post.

As I said, the post of this blog could be called, “Three looms and counting…” I am trying to get two more threaded and projects started on them. I will tell you about the other 3 and ½ looms on a future post.

Posted by Shuttle, Hook and Needle at Wednesday, April 04, 2012 No comments: