Been Too Long Gone

Yep, I've been gone for too long but hopefully its not too late to come back now.
Seems like the last couple of months have been a blur.
I can't believe it is now the last day of January!

There hasn't been a lot of activity in the studio.
I've had a very hard time getting back to work after the holidays.
This is what my work table looks like right now. 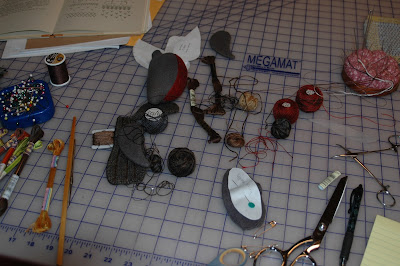 Sad to say that the beginnings of a bird has been there for over a week.
The only things I have to show for the last month is a couple of new moths 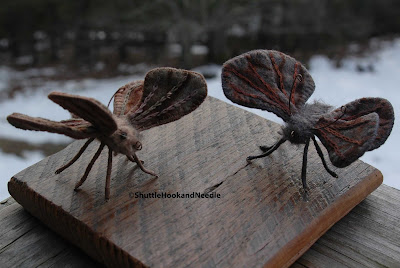 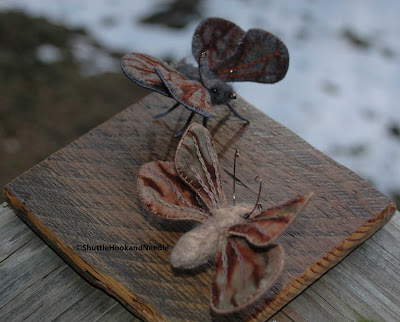 and a few new ornaments. 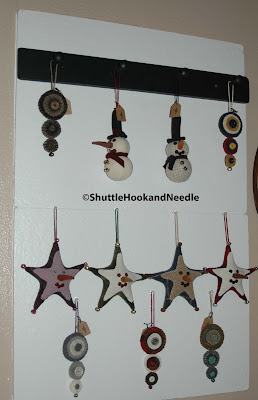 The Snowmen and Twinkles (the star with a nose) are the two new ones
I designed and made for the kids at Christmas.
I was pleased enough with them to make extra to sell.
The penny ornaments are always a favorite to stitch.
I had almost ran out of ornaments by the end of last year so
I need to make a few each week to catch up.

We survived the big snow storm last weekend but there is still lots of snow around.
It's going to take a while to melt 14" of snow.
It took us several days before we were able to get our car out
and then back up our driveway!

I was sick with a cold the entire time so it was not much fun.
Hopefully I will be back soon with some new work!

Just an FYI - Shuttle Hook and Needle is now on Instagram.
https://www.instagram.com/shuttlehookandneedle/

If you are a Instagram user then look me up!
Louise